About 200+ startups in South India applied for this prestigious competition. NASSCOM oversaw the selection of 20 startups from this list and HomeInspeKtor was one of them. The 20 startups were invited to pitch in front of a Shark Tank like jury at the Sheraton hotel. The pitch itself was for 4 minutes followed by intense grilling by the jury for 6 more minutes.

In spite of an excellent lineup of startups, we ended up second, and have now been selected for the All India grand finale to be held in Mumbai in March 2020.

The event was recorded for television and was broadcast a few days ago on ET NOW – the recording can be viewed on YouTube here or directly below.

Subsequently a TV crew from ET NOW also visited HomeInspeKtor and did a detailed profile of HomeInspeKtor. The profile was also broadcast on ET NOW – the recording can be viewed on YouTube here or directly below.

The positives for HomeInspeKtor include lots of visibility at the national level especially because of the TV coverage plus potential interest from investors on the jury and others in the audience.

A few of the photos and the videos from both the events are below. 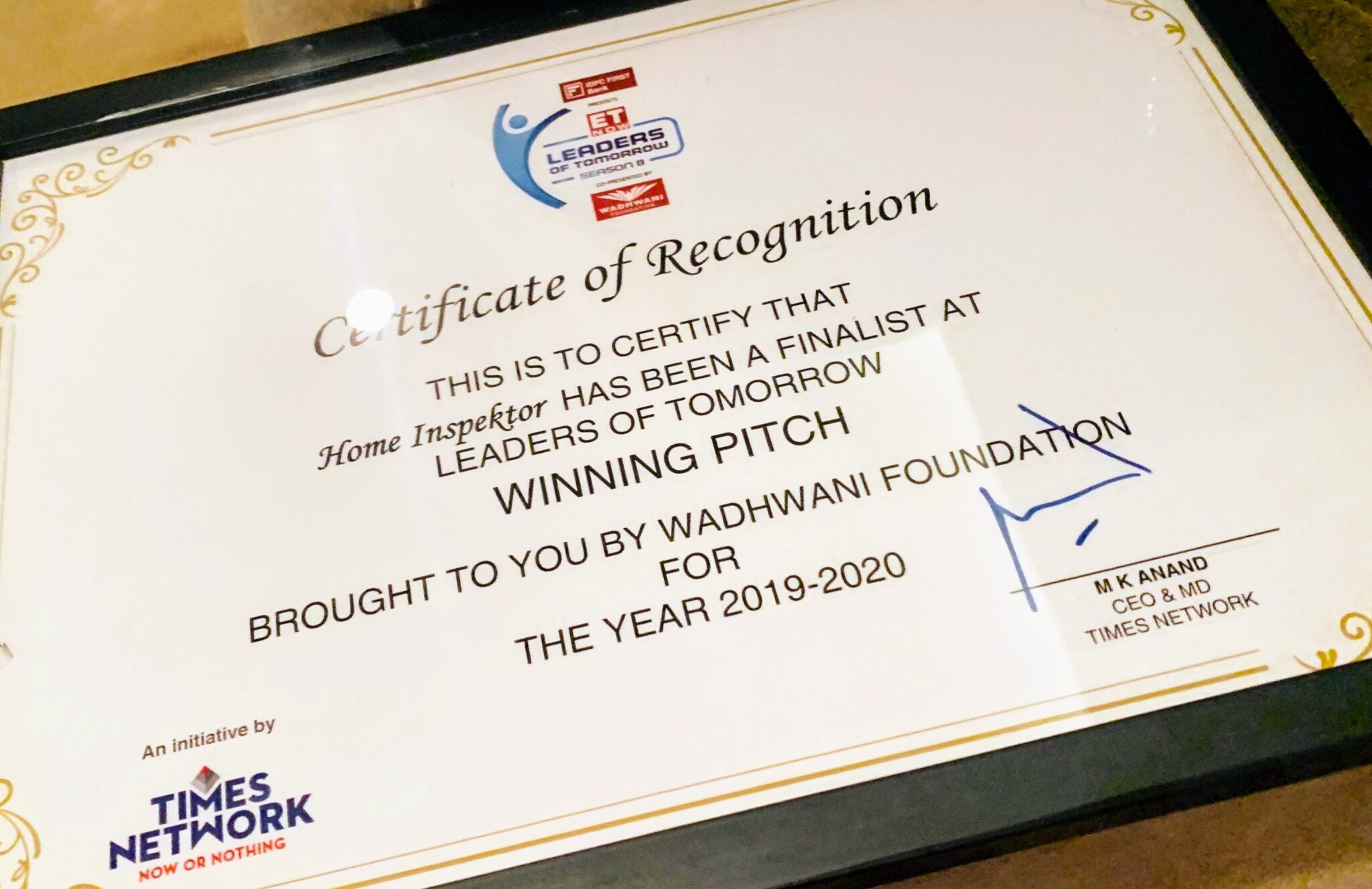