As home inspectors, they see it all – from a premium stately home to a basic chalet. No matter the expanse or condition of the dwelling, the inspector carries out a comprehensive examination to ensure buyers know as much as possible about their potential home. While they peruse through contrasting range of properties, seeing all manner of things, there are still some things that surprise even the experts.

Chair with a leaking pipe.

Nirmal, a business analyst working for an IT firm in Bangalore was basically a novice in the city. But that did not stop him from investing in his dream home. After all, a stake in Bangalore’s real estate has been the most rewarding in recent times. After a quick self research, he found a ‘perfect house’ and invested his life savings in it with the hope that his dream home will soon become a reality.

Nirmal was pleasantly surprised by the outlook of the developer and did not read between the lines. Working in a fast paced IT culture with limited knowledge about the functioning of real estate, he failed to see through the rosy picture which the developer painted every time a request for payment of the next installment was sent.

As time passed by, when he did not view any tangible progress from the developer corresponding to his payments, he naturally became perplexed and worried. When his concerns grew, he confronted the developer demanding action. He was astounded by their bluntness. His requests for a complete house as promised by them was dismissed, instead they demanded the final sum in order to get keys to the property, which they claimed was 100% ready for occupation.

Nirmal consulted a home inspection service to obtain a clearer picture. Upon visiting, the home inspector was objective about the quality and Nirmal was explained that his flat was nowhere near to completion. The paint works were extremely shoddy with flakes peeling off due to prolonged water damage. The home inspector was not surprised when he saw severe dampness on one of the partition walls. The wall corners were nowhere close to be in line, the doors were not fixed at right angles and the windows had several operational issues. The flooring was not uniformly done, with several gaps in finishing and voids that could render them prone to easy damage.

Nirmal realized the severity of the situation when the inspector showed him a potentially hazardous defect in one of the bathrooms. While inspecting one of the tiles in a bathroom, the inspector made a unique observation about the tiles. It had variation in color which is unusual for a tile. He tried knocking on them and to his surprise the tile deboned instantly. This did not stop his inspection. He observed moisture in one of the electrical conduits. Quick enough to understand the situation, he turned off the electrical supply and analyzed the source of the moisture in conduits. He found that there was a plumbing line parallel to the electrical conduit and both of them had been damaged during wall tile fixing, resulting in water entering the electrical conduit. Nirmal was dismayed at the pitiful condition of his house.

The developer should have discovered and fixed the defects – and obviously did the exact opposite. Therefore getting a home inspection helped Nirmal greatly in this instance – and for many others as well.

If you’ve invested on a property or need clarity- or if you have to ask if you need a home inspection, it’s definitely a YES!

What have you done? Did you skip a professional home inspection- and repent later? Or, did you get one and have it save you a lot of money when significant issues were discovered? Comment below and let us know! 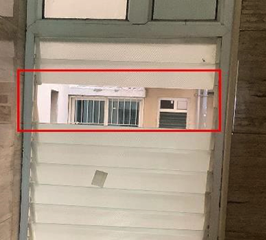 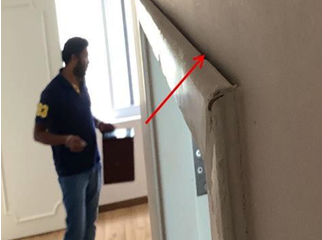 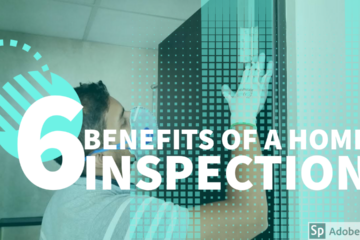